EMERGENCY ALERT City Hall remains closed but some facilities are open Read On...

Meetings: Generally the third Wednesday of the month at 6:30 p.m. with several exceptions. Visit the calendar on the city's homepage for meeting dates.

In April 2017, the City Council combined the Human Rights Commission and the Community Engagement Commission. Agendas, Meeting Packets and Minutes of those commissions are available at:

The Human Rights, Inclusion and Engagement Commission meets on the third Wednesday of each month at 6:30 p.m., barring conflicts with holidays.

Most meetings are shown live on Roseville Cable Channel 16. You can also view webstreamed meetings:
Please note that all meetings are best viewed using Chrome (PC) or Safari (Mac) browsers. Internet Explorer is not recommended and may lead to viewing difficulties.

In 2021, the theme for Black History Month is The Black Family: Representation, Identity and Diversity. It celebrates African American families and recognizes the strength of families, and the diversity and identity within the African American community.

On January 25, the City Council approved Roseville’s Black History Month Proclamation. The city encourages the Roseville community to renew its commitment to ensuring racial equality, understanding,  and justice.  Residents are encouraged to take time this month to learn about the significant contributions that African Americans have made to the nation’s economic strength, history, music, arts, national defense, written word, discoveries, inventions and more. 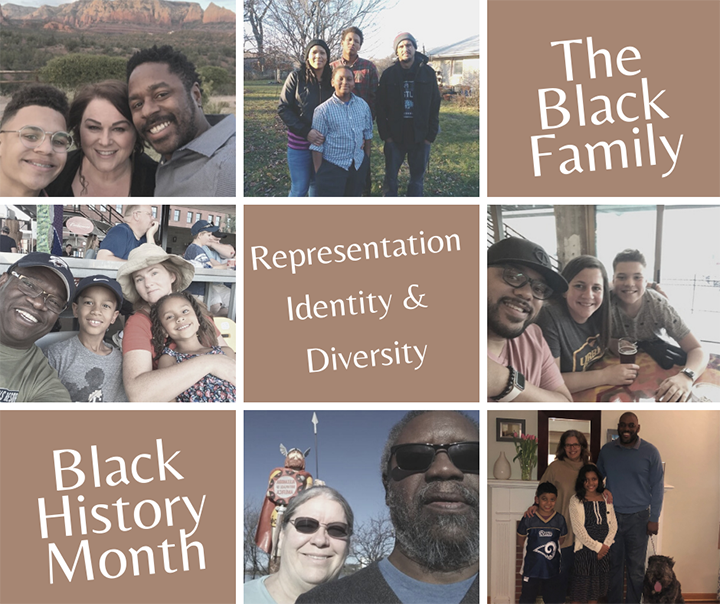 The black family has been a topic of study in many disciplines—history, literature, the visual arts and film studies, sociology, anthropology, and social policy. Its representation, identity, and diversity have been reverenced, stereotyped, and vilified from the days of slavery to our own time.

The black family knows no single location, since family reunions and genetic-ancestry searches testify to the spread of family members across states, nations, and continents. Not only are individual black families diasporic, but Africa and the diaspora itself have been long portrayed as the black family at large.

While the role of the black family has been described by some as a microcosm of the entire race, its complexity as the “foundation” of African American life and history can be seen in numerous debates over how to represent its meaning and typicality from a historical perspective—as slave or free, as patriarchal or matriarchal/matrifocal, as single-headed or dual-headed household, as extended or nuclear, as fictive kin or blood lineage, as legal or common law, and as black or interracial, etc. Variation appears, as well, in discussions on the nature and impact of parenting, childhood, marriage, gender norms, sexuality, and incarceration. The family offers a rich tapestry of images for exploring the African American past and present.

Your human rights are important to protect and defend! If you believe you have been the victim of discrimination or a human rights violation, you are encouraged to contact the Minnesota Department of Human Rights. You can either call their office, visit the office in person, or fill out the form online. If you need any assistance connecting with these resources, you may contact Assistant City Manager Rebecca Olson at 651-792-7446.

While the Roseville Human Rights, Inclusion and Engagement Commission does not itself investigate or resolve individual claims of discrimination or human rights violations, the Commission provides leadership in the community in prevention of bias and hate crimes through education, collaborative community action and policy and program advice to the City Council.

Do not hesitate to contact Assistant City Manager Rebecca Olson at the City of Roseville, or use the online form to contact the members of the commission. The online form may also be used to suggest issues and topics related to human rights, inclusion, or community engagement for the commission to research and recommend programs or policies to the City Council.

Roseville Speaks Out - Students Express Yourself

The Human Rights, Inclusion and Engagement Commission is sponsoring its annual competition for middle and high school students, including home schooled students, who live in or attend school in the Roseville area. The contest is designed to promote understanding of the principles of justice, equality and mutual respect among middle school students in the Roseville area.