When he started volunteering?

For Tom, volunteering started in 2007, when he received an invitation to join the Roseville Parade Committee in his water bill. The Parade Committee was looking for help and support to organize the annual parade.

Why he volunteers for Roseville?

Tom feels in his heart that volunteering is his way of contributing to the Roseville community. On the evening of the parade, he and a group of other volunteers handle preparations at the start of the parade. They ensure that everyone is lined up and ready to go. Tom jokes that parade day is the one day that he gets to tell people where to go!

Thanks to volunteers like Tom, thousands of residents and visitors get to enjoy the Rose Parade. 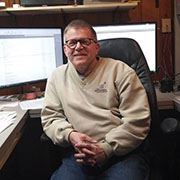