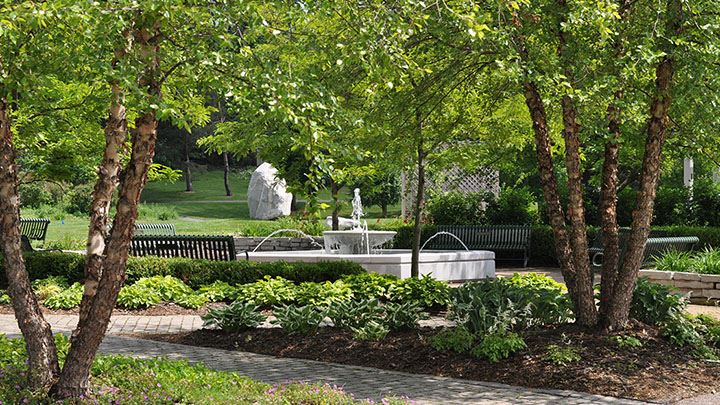 Roseville residents continue to rank the quality of life in Roseville highly. According to the city's most recent survey conducted by the Morris Leatherman Company in April of 2018, 95 percent rate their quality of life as either "excellent" or "good."
In fact, 45 percent of city residents deemed it "excellent," placing Roseville among the top five communities in the metro for perception of quality of life.

Several factors contribute to Roseville's high quality-of-life rating, including “strong neighborhood/good housing” and “closeness to family." Community was also a key attribute sited by residents, with a very high 87 percent reporting the general sense of community in the city to be “very strong” or “somewhat strong," with just 12 percent rating it lower.

When it comes to residents perceptions of whether or not the city is on the right track, Roseville was of a victim of its own past success. Though 83 percent think things in Roseville are headed in the right direction - compared to an incredibly high 91 percent in 2016 - 15 percent felt the opposite, up from just five percent two years ago.

Among the reasons stated for the "wrong track" responses were perceptions of rising crime, which increased by nine percent among survey participants. Concerns about safety were clearly spelled out, with 39 percent - up from 14 percent in 2016 - reporting it as the most important aspect of quality of life.

High taxes, possibly an outgrowth of the school district referendums passed in 2017, and city spending were also cited for "wrong track" feelings.

Resident's positive perception of city services once again ranked in the top 10 percent of metro communities, with 90.8 percent of those holding an opinion reporting satisfaction.

More than 95 percent rate police protection, fire protection, emergency medical services, sewer and water, building inspections, and code enforcement as either “excellent” or “good.”  Between 90 and 94 percent favorably rate drainage and flood control, animal control, and pathway repair and maintenance in the parks.  Similarly, between 83 and 89 percent positively rate snowplowing, trail and pathway plowing in parks, trail and pathway plowing in neighborhoods, and pathway repair and maintenance in neighborhoods.

The city also received strong marks for its communication efforts. Ninety-two percent rate Roseville's overall performance in communicating key local issues to residents either excellent or good. Only eight percent were more critical in their evaluations. This rating is among the top three communities in the metro.

Roseville's parks and recreation system remain the “crown jewel” in the city’s quality of life. With high usage and new facilities, Roseville stands out among its metro area peers. Trails and neighborhood parks play an unusually large and growing role in city life, acting as key ingredients of the city's strong sense of community. The department received enthusiastic support from residents for perceptions of upkeep and maintenance, mix of recreational programming and overall quality of facilities available.


By a narrow 42-to-37 percent margin, residents continue to oppose Roseville changing from the current garbage hauling system, in which residents may choose from several different haulers, to a more organized system used in other communities, where the city chooses a hauler or set of haulers for the community and negotiates pricing.

On the recycling front, 75 percent of residents say they participate in the city's recycling program and are happy with every-other-week collections. However, they continue to be resistant to adding organics to the recycling mix. By a 42-to-39 percent margin, residents narrowly oppose a curbside collection program for compostable waste for an additional fee and just 15 percent said they were likely to use a central drop-off location for organics.

Survey responses of 400 randomly selected adult Roseville residents were gathered by professional interviewers by phone between April 10 and 25, 2018. The average interview took 24 minutes. In general, random samples such as those used in this survey yield results with a ± 5.0 percent margin of error in 95 out of 100 cases.

Peter Leatherman of the Morris Leatherman Company provided an executive presentation of the survey and resulting data at the July 9 City Council meeting.