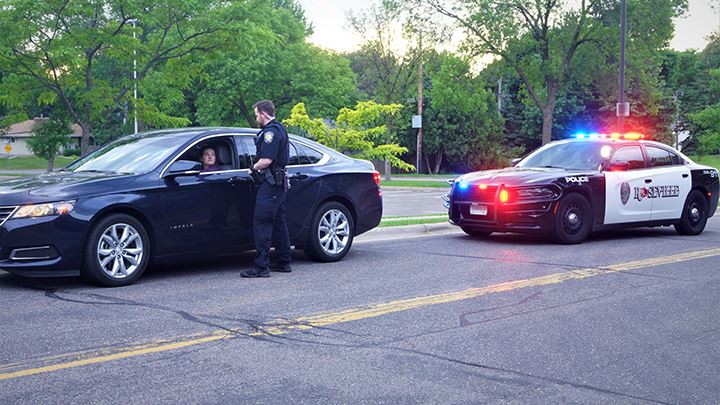 The goal of the countywide initiative is to increase transparency and provide more context to the limited data that was previously captured. Prior to 2017, the Roseville Police Department (RPD) only had access to data from traffic stops that resulted in a citation.
Minnesota does not require police officers to collect traffic-stop data. Prior to 2017, minimal data was collected on most traffic stops across the state. The initiative’s goal is to collect traffic data on every traffic stop to increase consistency in statistical analysis across agencies throughout Ramsey County.  Roseville officers now record the following data on every traffic stop: Traffic stop data continues to be helpful in having informed conversations with the Roseville community about racial disparities in the criminal justice system and providing a better understanding of how traffic laws are being enforced in Roseville and Ramsey County. The Roseville Police Department will continue to take a comprehensive look at the data annually to see what conclusions can be drawn from the information collected and use those conclusions to ensure we provide fair and impartial service to the community. As part of the data collection initiative, Roseville Police Department agreed to publish the data annually. Click on one of the images below to review the data.